MOTOTRBO is the Motorola brand name for its DMR product portfolio. Outside of Motorola, MOTOTRBO is known as DMR - though the former has become synonymous for the latter, even when referring to competitor products.

Motorola Solutions was the first to market with a range of mobile and portable radios and repeater. Initially, MOTOTRBO only supported Simplex (with no DCDM) and Single Site. Soon after that, IP Site Connect was introduced along with a number of features. Motorola Solutions generally introduces new features and enhancements to MOTOTRBO every six months.

MOTOTRBO has been promoted - and generally accepted - as a replacement for existing analogue systems. Some see it (specifically Capacity Max) as competitor technology to TETRA. However, TETRA offers a significant higher degree of interoperability, when compared to DMR Tier II and Tier III, and has several important security features not present in any DMR offering.

Advantages when compared to Analogue

Compared to legacy analogue LMR systems, MOTOTRBO offers a number of advantages, some of which include: 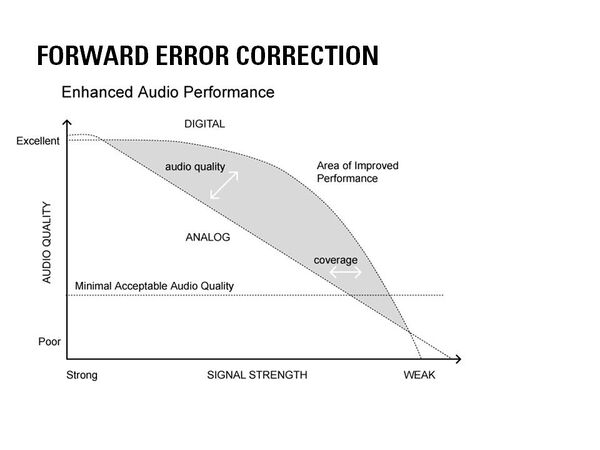 DMR was designed with three tiers. The standards defining DMR Tiers I and II (conventional) were first published in 2005, and DMR Tier III (Trunking) was published in 2012, with Motorola Solutions and other manufacturers producing products within a few years of each publication.

The primary goal of the standard is to specify a digital system with low complexity, low cost and some degree of interoperability between radios and infrastructure, so customers are not locked into a proprietary solution. In practice, most vendors have not fully adhered to the standards and introduced proprietary features that make some product offerings non-interoperable. 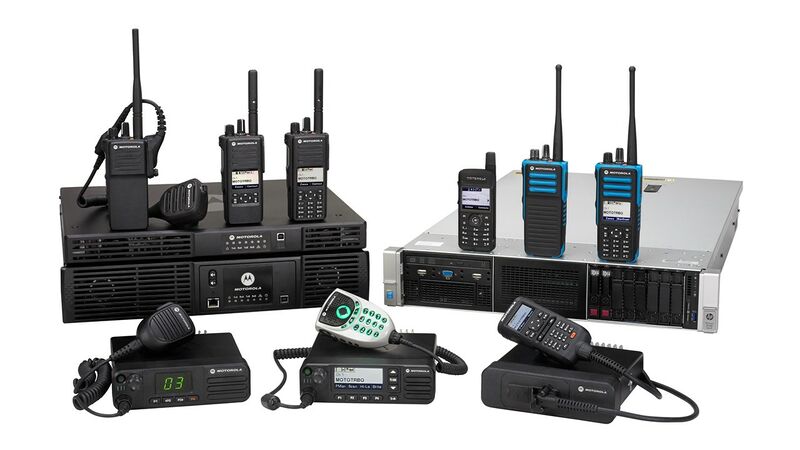 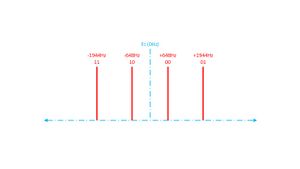 The DMR interface is defined by the following ETSI standards: 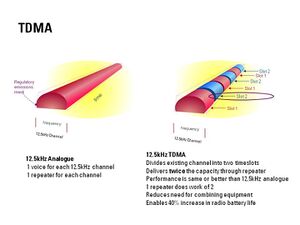 The DMR standard operates within the existing 12,5 kHz channel spacing used in land mobile frequency bands globally, but achieves two voice channels through two-slot TDMA technology built around a 30 ms structure. The modulation is 4-state FSK, which creates four possible symbols over the air at a rate of 4.800 symbols/s, corresponding to 9,600 bit/s. After overhead, forward error correction, and splitting into two channels, there is 2.450 bit/s left for a single voice channel using DMR, compared to 4.400 bit/s using TETRA and 64.000 bit/s with traditional telephone circuits.

The standards are being continuously developed, with revisions being made regularly as more systems are deployed and improvements are discovered. It is very likely that further refinements will be made to the standard, which will necessitate firmware upgrades to radios and infrastructure in the future to take advantage of these new improvements, with potential incompatibility issues arising if this is not done.

The DMR standard does not define specific frequency bands but only mentions a RF range of 30MHz to 1GHz. The majority of manufacturers produce equipment in the (VHF) 136 to 174MHz and (UHF) 403 to 520MHz bands. In addition to this, Motorola also produces equipment in the 300MHz and 800MHz bands (the latter is only available in some Asian countries and North America where this band is not allocated to GSM).

DMR generally has superior coverage performance to analogue FM. This is because Forward Error Correction used in AMBE+2 is able to cope with bit error rates as high as 5% with no degradation in PESQ.

In 2005, a memorandum of understanding (MOU) was formed with potential DMR suppliers to establish common standards and interoperability. While the DMR standard does not specify the vocoder, the members agreed to use the half rate DVSI Advanced Multi-Band Excitation (AMBE) vocoder to ensure interoperability. In 2009, the MOU members set up the DMR Association to promote the standard; work on interoperability between vendors equipment; provide information about the DMR standard.

The standard allows DMR manufacturers to implement additional features on top of the standards which has led to practical non-interoperability issues between vendors. 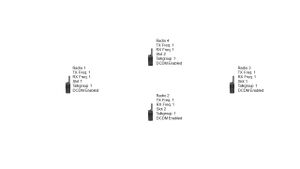 MOTOTRBO DMR radios are able to operate on simplex - both in analogue and in digital mode. When in digital mode, the majority of voice and data features are supported (see List of features not supported on simplex). Simplex is also sometimes referred to as Direct Mode.

Users can optionally use Dual Capacity Direct Mode (DCDM). This feature allows radio radios to synchronize with each other and permits two-timeslot operation without the need for a repeater. Without DCDM, only one timeslot may be used on simplex in digital mode. The first generation MOTOTRBO radios do not support DCDM.

In analogue mode, standard FM is used allowing MOTOTRBO radio radios to be used with existing analogue equipment. Depending on the model, the radio radios and repeaters may support one or more analogue signaling formats.

A single site system consists of several (or many) radio radios and one or more repeaters. Radio radios communicate with each other via the repeater which is installed at a high site. There may b more than one repeater at the same, or another, high site to provide additional coverage or user volumes.

A repeater will typically operate in full-duplex mode - in that it transmits and receives at the same time. This is necessary to relay the signal from the transmitting radio radio to other users on the channel (analogue) or same timeslot and talkgroup (digital). The radio radios consequently operate in semi-duplex mode, in that they transmit while the PTT is pressed and receive when it is released. 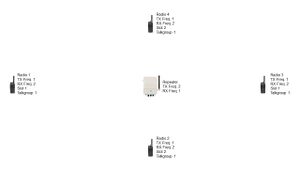 In order to support full-duplex operation, the repeater requires a frequency pair (a transmit frequency and receive frequency separated by a few Megahertz). In cases where a frequency pair cannot be obtained or is not feasible, MOTOTRBO repeaters can be configured for Extended Range Direct Mode (ERDM) operation (sometimes called Single Frequency Repeater).

When operating as a standard repeater, a duplexer is needed to connect the receiver input and transmitter output to a single antenna. If multiple repeaters, in the same frequency band; are co-located, a multicoupler-combiner network is needed to use a single antenna. Using this hardware is necessary to prevent interference and provide adequate coverage.

When operating in ERDM mode, two separate antennas can be used but an external PIN-diode-based antenna switch will allow the connection of a single antenna. The SLR1000 has an optional built-in antenna-switch that permits this. The other repeater can also control such an antenna switch but this is not available from Motorola and the SLR1000 switch cannot be used on high power repeaters like the SLR5500 and SLR8000.

IP Site Connect allows repeaters across dispersed locations to exchange voice, data, and control packets over an IPv4-based backend network. The potential applications of this feature include:

Radios in a IP Site Connect system are able to automatically switch between sites in a process called Roaming. The radio continuously monitors the signal strength (RSSI) of the current (home) channel and should this drop below a CPS configured threshold, the radio will search for another channel with sufficient RSSI. In the absence of any transmissions, the repeater generates periodic Beacon transmissions that allow the radio to measure the RSSI and determine i the current channel meets the RSSI threshold criteria.

Capacity Plus is a trunked system consisting of up to eight repeaters all located on one site and supporting a large number of users in a defined area. For data intensive applications, up to 12 data revert repeaters can be added to pass radio to server data such as GPS. Capacity Plus does not require a server and all the intelligence to manage call setup and management is built into the repeaters themselves.

Capacity Plus is a proprietary implementation from Motorola based on the DMR Tier 2 air interface.

Capacity Plus is a single site implementation whereas Multi-Site Capacity Plus supports up to 15 sites per system.

Capacity Plus is a multi-site trunked system consisting of up to eight repeaters per site and up to 15 sites. For data intensive applications, up to 12 data revert repeaters per site can be added to pass radio to server data such as GPS. Like Capacity Plus, all the intelligence to manage call setup and management is built into the repeaters themselves.

Since there is no site controller, Talkgroup Calls are allocated to sites in a static basis.

MOTOTRBO Capacity Max is a multi-site trunked system consisting of up to fifteen repeaters per site and up to 250 sites. For data intensive applications, up to six data revert repeaters per site can be added to pass radio to server data such as GPS.

It uses a central server - known as a CMSS - to process authentication and manage network activity. It is DMR Tier 3 compliant.

Unlike some other DMR Tier 3 system technologies, Capacity Max does not use a site controller. Much like Multi-site Capacity Plus, site activity and registration is processed by the repeaters themselves.

MOTOTRBO Connect Plus was multi-site trunked system consisting of up to fifteen repeaters per site and up to 250 sites. It used distributed architecture which meant there was a site controller (either a XRT9000 or XRT9100) at each site. Connect Plus was not DMR Tier 3 compliant but used the same layer 1 and 2 signaling defined in ETSI TS 102 361.

Connect Plus functionality in the radios was only possible via an option board.

Retrieved from "https://cwh050.mywikis.wiki/w/index.php?title=MOTOTRBO&oldid=4913"
Category:
Cookies help us deliver our services. By using our services, you agree to our use of cookies.